So I made a TON of mistakes as a grew through my twenties. Today, I thought I would share a few to help YOU not be as special as me.

Don’t borrow more student loans than what you need.
If you’re in college and get loans offered with or instead of financial aid, only take what you need. Interest will build up and you’ll regret it later. I have over $60,000 in student loan debt right now. It started out as only half that amount. Don’t screw yourself like I did. I know those three zeros behind that one, two, or three look appealing, but it isn’t worth the headache later.

Don’t go to the hospital if you’re not severely sick or injured.
Please, people. If you are seriously sick or injured, completely ignore this point. However, if you don’t have to go to the hospital, don’t. If you have something that resembles a cold or the flu, there’s  nothing you can’t cure with some cups of lemon ginger tea, soup and Sudafed or Tylenol PM. Hospital bills rack up people! And most times you don’t even realize it because it doesn’t get mailed to you right away. Other times, it does and we just don’t open our mail. I had a friend who was taken to the hospital because she had horrible abdominal pains and didn’t know where they had come from. Turns out it was just gas. Imagine that. Something that could have been handled with some peppermint tea or Gas X. Don’t create unnecessary bills for yourself.

Don’t ignore your credit score or your credit history.
I get it.
You’re in your 20s. You don’t want to think about money and your credit score or the possibility that someone may have stolen your identity and ruined you before you began. That’s fine. Keep ignoring it. Because when you’re 30, married and looking to buy a house, it’s too late to be scouting for reputable credit repair companies. Take your financial stability serious now so you won’t have to cry crocodile tears about it later.

Don’t use credit to buy furniture.
Let’s see, there’s Craigslist, Facebook marketplace, garage sales, estate sales, the furniture from home (your parents are just waiting to buy new furniture), your Aunt Pam who buys things she doesn’t need, you name it. I will forever regret my decision to get a TV console from Farmer’s Furniture and put it on credit. The thing was sturdy as all get out, but five years later I hate it. Plus, the payment was due on the 1st of every month. Let’s say I got my paycheck on the 5th. They would literally call me every morning until the 5th whether I had arranged to pay on the 5th or not. It was utterly annoying, uncalled for and AVOIDABLE.

Don’t use payday loan or title loan companies.
With everything in your being, avoid this places like the plague. Or chickenpox. Anything, really. These places are set up for you to fail. It won’t be a one time thing. It will be a never-ending sinkhole in your life eating up any spare funds you could have saved had you never went there in the first place. I got a payday loan to help a friend in another city meet their rent payment for that month. I thought I was doing something smart and being a great friend. I may have been a great friend, but that was by far one of the DUMBEST money mistakes I ever made. It took months to free myself from the claws of that decision. Don’t do it.

Don’t ignore your bank account balance.
Bank fees are not ok. Somehow, it has become a societal norm to charge things on our debit card as credit when we know for a fact we don’t have it in our accounts. No, no, no, no, no, love. This is not the answer. Waiting around for your paycheck to drop to cover your bad decisions and have a small feeling of security for a couple of days is no way to live your life. Pay attention to your bank account balance. Make a budget. Do your best to stick to it until you find a rhythm that works for you and stop the cycle. Always be informed of your financial state.

Don’t pay extra for cable.
So I know we want to stay in tune with every episode of Game of Thrones or Grownish, but you don’t have to have a Comcast cable subscription to do so. Trust me. Just get internet (make sure the speed is fast enough), and then hook up to an Amazon Fire Stick for endless Netflix, Hulu, Sling TV, and the like to your heart’s content. Until Comcast proves to me that they can NOT inflat their prices, this will forever be my go-to. (Not to mention the fact that I don’t get home until after 7 most nights and I’m usually tired and hungry.)

Don’t go without savings.
I don’t know how money management has escaped school systems as a requirement for high school students, but somehow, it has. And now, we are filled with a society of people who don’t know how to manage their money or how to save. It’s not just for accountants and self-proclaimed financial gurus. It’s for us common folk as well. Find any way you can to save at least 10% of your income. One day, an emergency is going to randomly occur and the last thing you’ll want to do is call your parents and prove to them that you aren’t as adult ass you put on.

Don’t not take your job seriously.
You’re young. You want to spend your summers on the beach with friends. You have class. You want to sleep in. You want to stay up late.
But your job suffers. You figure, I’m young. I have time. This job isn’t permanent or what I want to do for the rest of my life. And that’s fine. But the fact is this. One day, you’re going to need someone at that same job to give you an employee reference one day. You’re going to have to put that employer as past job history. When a potential employer calls them, you want them to corroborate the statements you made in your resume and cover letter about how you’re a great communicator and hard worker. Play it smart from the beginning. Take your jobs seriously now, no matter what that job is. You are the future of the workforce. Let those in charge of you train you and give you skills that will be useful for you in any position you’re in later in life.

Don’t make more food than you need.
In order to save money, don’t make more food than you need for the week. First look at your calendar. If you have anything going on that week, and you know you’re the type to go out with friends after, save your coins and don’t cook at home. Freeze it or save it in your pantry for next week. Only cook for the days you need. Find staples for your home like oatmeal, yogurt, cereal, salad mix, fruit, etc. that you can have on hand constantly for breakfast, lunch and snacks. Then, a few packages of meat like chicken, ground turkey, or shrimp. Take it out of the packages, season meat and divide serving sizes into individual baggies. One the mornings you know you’re probably going to end up at home that night, take one out of the freezer so when you get home from school or work, it will be defrosted, ready to cook and you can add a veggie and rice or pasta (two other staples you should have on hand.)

I hope this list is helpful to you! It’s definitely things I wish I knew while I was struggling through my earlier twenties. Now I’m 28 and the struggle isn’t quite as real anymore (thanks be unto God who’s the head of my life lol). If you’ve actually made any of these mistakes already, guess what?

This list was created from the mistakes I made in my twenties. No one is exempt. And I’m no expert at all. I just take what I’ve learned and share the wealth where I can, amen?

If you have any other ideas, or if you’ve made some of these same mistakes, let me know in the comments! I know I’m not the only one who’s done these lol.

This site uses Akismet to reduce spam. Learn how your comment data is processed. 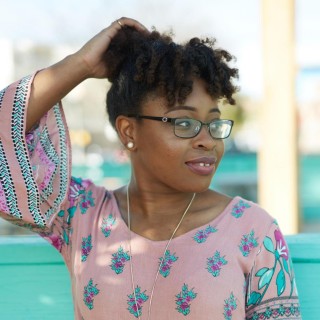 Hi Friends! I'm Cortney. I find joy in being creative, all things music and helping others become the best version of themselves. Also, I love God a whole lot. All my Love, CJ

⁣See that look in my eye..⠀ ⠀ That’s sleep. ⠀ Now let me go take these twists out my head. 🙃☺⠀ ⠀ #consistencychallenge
I’ve been waiting all day to post this. 😭😭😭My first niece. First to call me Auntie Cortney. Smart kid. Confident. Loves God. Loves herself. And asked me to be her mentor 😭. My Amber has graduated high school and will continue her journey to pediatrics via the #TCC2FAMU program. We’re so proud of you @itsambernia! ♥️♥️♥️ P.S. your mom is gonna cry after you go to bed tonight 😂 #consistencychallenge
There’s nothing like the peace of God and surrendering your ideas and plans to His will. Sometimes, it’s the most uncomfortable thing to do because we want life done our way. But what seems like an inconvenience to us is actually just what we need to have the best life He intended for us. If you need a reminder to accept the peace of God and surrender your will, quote this to yourself everyday! I have to say this stuff to myself ALL the time lol #consistencychallenge
It rained all day today and I really wanted to stay in bed but @mayaelious told me to be consistent so I got up, prayed, read God’s Word, put on foundation and showed up for work today and now - I’m about to work out. 😩 Dear Lord, be our strength when we want to give in to our weakness!! #consistencychallenge
When this is all over and we can REALLY, really be out, I’m hosting a picnic in the park. Mk? Cool. #consistencychallenge
The first steps to identifying your purpose is returning to the Creator for His intention. #consistencychallenge

⁣See that look in my eye..⠀ ⠀ That’s sleep. ⠀ Now let me go take these twists out my head. 🙃☺⠀ ⠀ #consistencychallenge
I’ve been waiting all day to post this. 😭😭😭My first niece. First to call me Auntie Cortney. Smart kid. Confident. Loves God. Loves herself. And asked me to be her mentor 😭. My Amber has graduated high school and will continue her journey to pediatrics via the #TCC2FAMU program. We’re so proud of you @itsambernia! ♥️♥️♥️ P.S. your mom is gonna cry after you go to bed tonight 😂 #consistencychallenge
There’s nothing like the peace of God and surrendering your ideas and plans to His will. Sometimes, it’s the most uncomfortable thing to do because we want life done our way. But what seems like an inconvenience to us is actually just what we need to have the best life He intended for us. If you need a reminder to accept the peace of God and surrender your will, quote this to yourself everyday! I have to say this stuff to myself ALL the time lol #consistencychallenge